March 8, 2017.  For those who ponder how poems materialize, today’s example (not exactly repeatable, but representative):   Morning routines are just that – routine …  Sketch begins trancing …  Gary pauses on way out the door to describe a scene he’d rather stay home with …  I tiptoe to peer at cat and experience a flash of envy …  Pen in hand first, I think of camera a little too late …  I rely on words to convey the scene.

The image is thus of resulting state rather than feline process of “getting gone”. 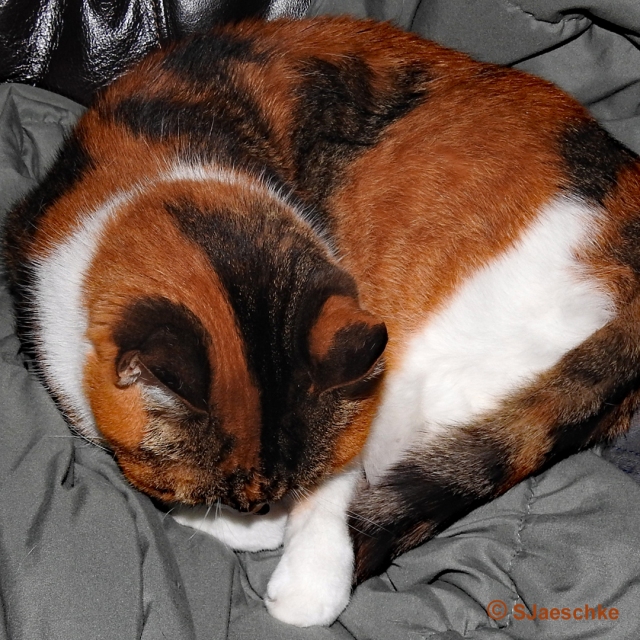 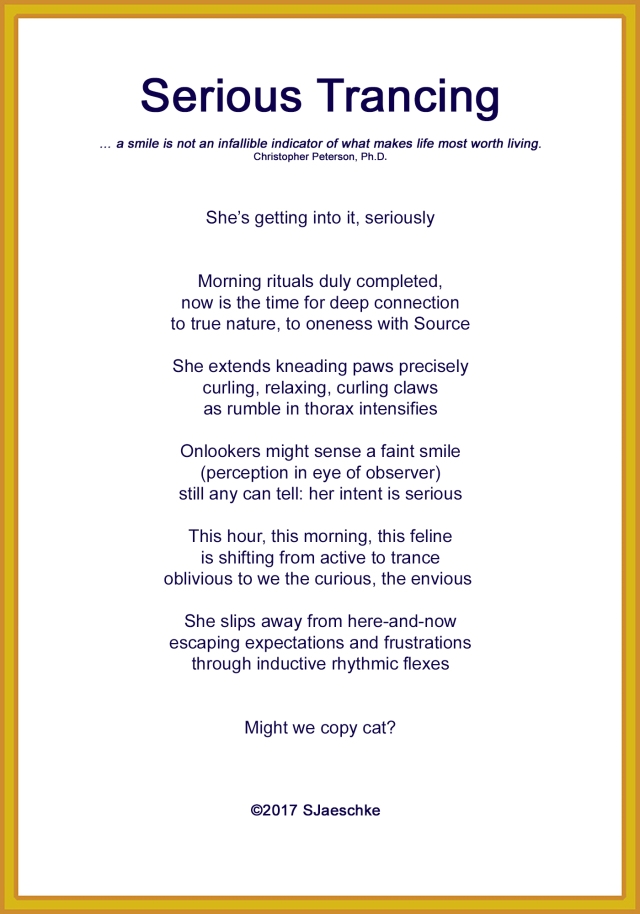