January 31, 2017.  Lately, a series of dreams have occurred driving solo in my Rav4, and while I puzzle over the varying symbols (a horse in the back seat, a bear hauling me and Rav4 up a huge tree) the constant of behind-the-wheel is perhaps of greater significance. Pondering if the Dream Maker is promoting solo travel, I found my way back to this poem.

My last big solo drive was January 2013, to Taos NM for a meditative intensive.  I was quite hyped about going, both for the experience once there and for the long hours driving.  Driving solo is a unique meditative experience in and of itself.

But going entails separation … this poem wrote itself between home and Taos.  While I have no photograph of the departure scene beyond the poem’s imagery, I do have the contrast view a few hours post arrival.  Parting words of caution rang in my ears as I skidded into Taos along with a major snow storm, icy roads, and much anxiety.   Nothing prettier than an undamaged car, blanketed down for a few idle days. 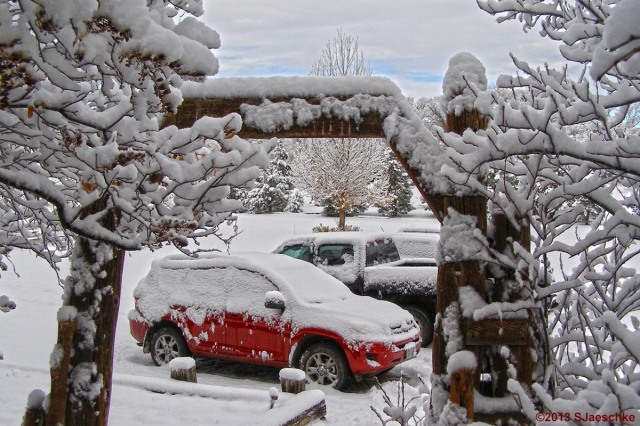 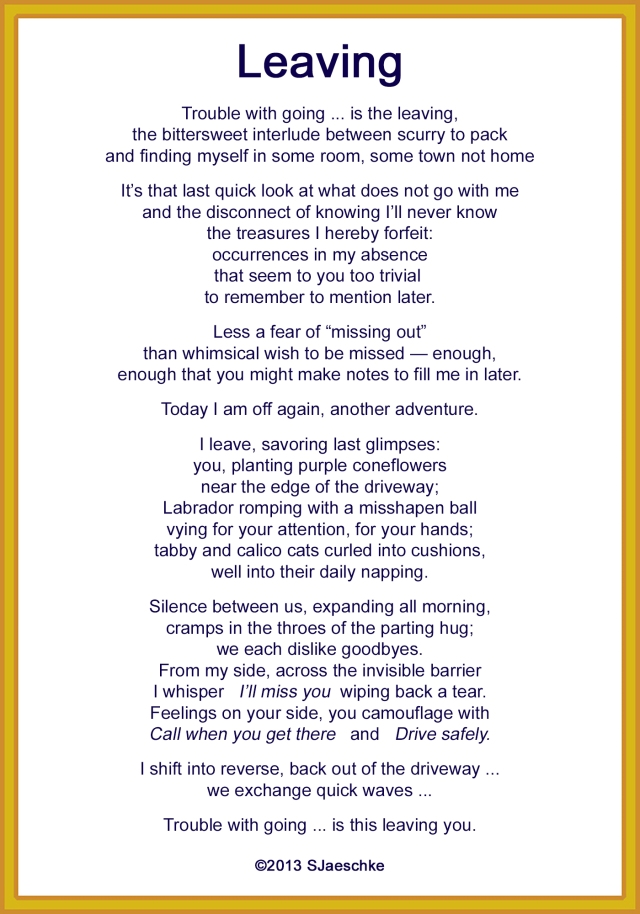