July 22, 2015.  My partner and I have just completed a walkway that keeps reminding me of a poem I wrote back in 2011 when I was working on a similar walkway, using his favorite hoe to slice into the hard-packed ground and create a recess that could be filled with decomposed granite and limestone slabs.  This poem was first published in the anthology di-verse-city 2012, © Austin Poets International, Inc.

The diamond hoe, a marvelous tool for weeding, was relatively new to us in 2011.  It was his hoe, his constant companion in the yard, and I was reluctant to use it for fear I’d chip a point.  He assured me it was the right tool for the job at hand (he was right) – and using it proved eye-opening in unexpected ways.

The image is a collage of the trusty hoe (unchipped through the digging of much rocky terrain) and the new walkway. Stepping on the walkway, I am mindful of his skill at placing the stones, our joint endurance at digging, hauling, and then filling without cross words.  The work was hard.  The walkway is a beautiful tribute to our togetherness, and it seems fitting to honor the hoe a second time around.

July 13, 2015.   Even though I am retired, my daily patterns fluctuate with those of my employed partner – a high school teacher.  Student perspectives on summer freedom are amplified big time by teachers!  And I echo them, noting each summer the subtle and not-so-subtle shifts in both outer and inner landscapes – his and mine.  Stress drops, and amazing pleasures seem to turn up – as though they’d been waiting for us to notice.   I attribute my increased alertness to leisurely waking after sunlight creeps into the bedroom: the best of summer’s gifts! 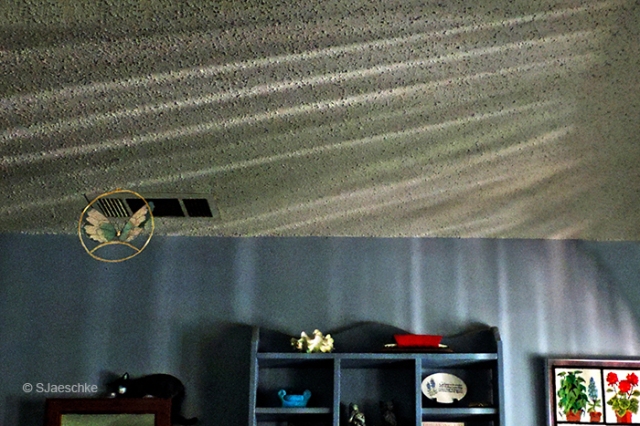 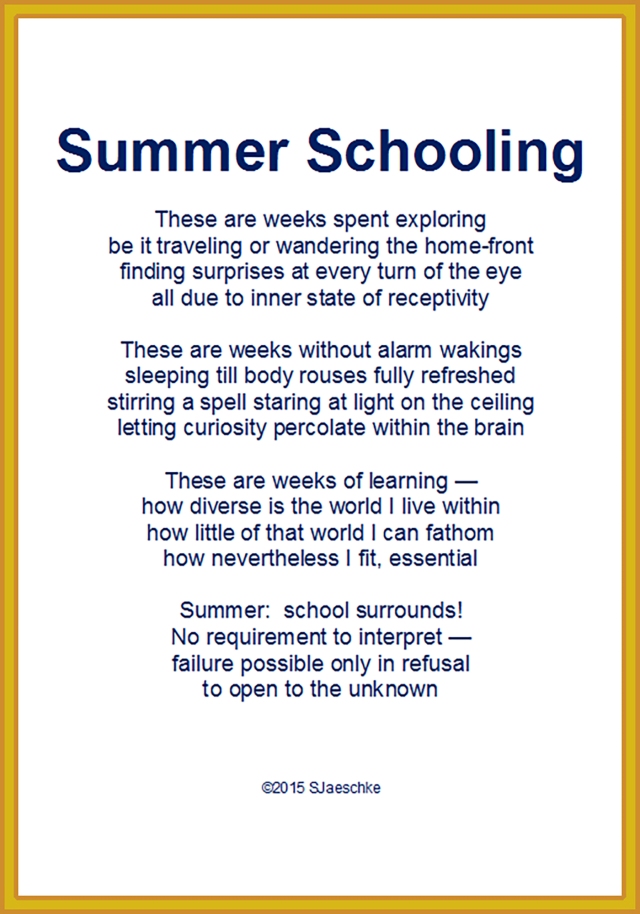